Our first full day in Tokyo was quite a trip. It was wet, windy, cold, and cloudy in the morning which made walking rather unpleasant, but we set off for Tsukiji Fish Market at about 9:30 AM. We stopped at a local chain coffee shop called Café Excelsior on the way to Shibuya station where Amanda enjoyed a beautiful matcha latte, which was green and had a cream heart on top. Pretty. We hopped on the Ginza subway line and rode it end-to-end to the Ginza ward (high end fashion district with gigantic Prada, Gucci, etc. stores), then walked another 10 minutes toward Tokyo Bay and Tsukiji.

Tsukiji Fish Market is known for its early-morning tuna auctions, where local chefs and retailers can bid on gigantic tunas. The auction is open to 120 tourists every morning, which means you have to be there at 4 AM if you want a shot at seeing the auction. We made the extremely measured decision not to do that, having been satisfied seeing a little of it on the documentary Jiro Dreams of Sushi. Instead, we got there just after 10 AM when the wholesale market opens to the public. The wholesale market consists of tiny open air hallways between all sorts of seafood and assorted food vendors. The reason it isn’t open to the public until 10 AM is because it’s actually a legitimate wholesale market where people buy fish and not just a tourist attraction… weird. Prior to 10 AM is when most of the real business goes on, but there are still quite a few people bustling around that are actually buying food so tourists are advised to stay aware of their surroundings and get out of the way as needed.

We were hungry when we arrived and were dead-set on eating sushi here, assuming it probably doesn’t get any fresher anywhere in the world. A quick google search suggested Sushidai was the best in the market, but would likely have a 3+ hour line. We “settled” for the highly recommended Sushi Daiwa instead, where the line was a reasonable 30 minutes or so. We were seated at one of the two sushi bars in the tiny establishment, where there are six chefs and roughly 20 seats total. We ordered the omakase (chef’s choice) and were given assorted pieces of nigiri as well as miso soup and matcha. The omakase consisted of two types of tuna, yellowtail, some sort of whitefish, shrimp, urchin, eel, roe, tamago (sweet egg), and a small roll containing tuna and roe. We then ordered a piece of fatty tuna nigiri each. There were a few things that stood out here compared to nigiri as we’ve had in America. For starters, the roe and urchin were actually super flavorful and delicious, not just a weird texture. Additionally, the cuts of fish are huge so you are more than satisfied after ~10 pieces. The fish itself is so buttery soft, the fatty tuna in particular just melted and was Ryan’s favorite piece of nigiri ever. Finally, if you don’t like wasabi you’re kind of out of luck as it’s packed into every piece and the occasional bite will make your nose run. Probably the only downside was that we were in and out within about 20 minutes, so there wasn’t much chance to savor the flavors or atmosphere. Definitely recommend to sample some sushi in this area, but wouldn’t plan to spend too much time wandering through the market itself.

After sushi we walked through the wholesale market a bit before deciding it was really cold and windy, so we hopped back on the subway and returned to Shibuya. We had read about the Tokyu Foodshow market under Shibuya Station so we stopped in hoping to score some mochi (sticky rice flour ball with filling). The market was very modern and had a huge variety of vendors as well as a standard grocery store. We didn’t end up finding any ice-cream filled mochi so we settled for the traditional bean paste filling (womp womp). Having secured some mochi, we headed back to our apartment to get some rest. 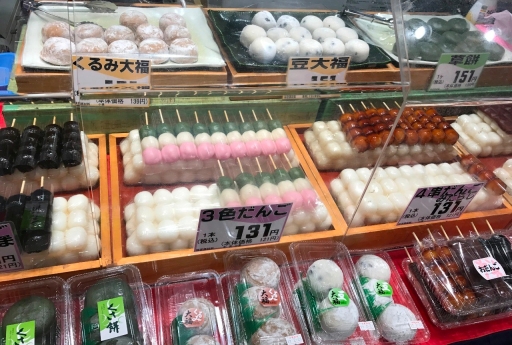 After about two hours of napping and stretching out our sore ski muscles, it was around 4 PM and we were ready to see more of Shibuya, the weather cleared up and it turned into a very nice evening. We had made plans to meet back up with our Hakuba friend Aya (who works in Shibuya) at 6 PM for food and drinks, so we decided to grab some Japanese craft beer at Good Beer Faucets, which we had been to and enjoyed the first time we were in Tokyo (2015). Google said that Good Beer didn’t open until 5 PM, so we had a bit of time to kill and walked around some of the nearby back streets which we learned was the Dogenzaka neighborhood of Shibuya. This turned out to be an interesting stroke of luck because it allowed us to educate ourselves about prostitution in Tokyo. As we walked these back streets, we noticed a particular sign all over the place above various building entrances. The sign had the number 18, two hands, and some suggestive shapes. Realizing there must be something to the number of these signs around, we Googled “Dogenzaka” and found that it is second only to Kabukicho (Shinjuku red light district) for prostitution in Tokyo. Whereas Kabukicho is all bright lights and has a very seedy vibe, Dogenzaka seemed like a classier part of town to solicit sex in. There were quite a few small “love hotels” around offering “rest” rates, and as we passed by one a scantily clad lady and a young John were exiting. The girl waved goodbye and walked 20 feet from the hotel into a door with the 18 sign directly above it… very subtle. Having passed the 5 PM mark, we walked over to Good Beer Faucets and ordered a Pale Ale from TY Harbor Brewery in Tokyo, a Wheat King Wit from Baird Beer in Shizuoka, and finally an IPA from Baird – all three were great and were a good pre-game before heading to SAKESTAND to meet Aya and her friend from work, Kana (different from Hakuba Kana).

SAKESTAND is an awesome little establishment where you can taste different varieties of sake and sample some light bites, it is literally a standing bar, hence the name. Aya and Kana ordered flights of many sake tastings for us to sample from all over Japan. The owner provided information about the tasting notes and regions, it was a great experience. Aya and Kana were very good hosts, they ordered small local bites from the menu for us to sample such as cream cheese with a sauce on it, pickled vegetables, fish liver (yep!) and some soups. We were having such a great time that we ended up inviting Kana and Aya to join us at Robot Restaurant. Surprisingly they accepted with strong warning that Robot Restaurant was not representative of true Japan (hah!). We all caught the train to Shinjuku and made our way to the Kabukicho area where Robot Restaurant is located. We were surprised how big, bright and busy Shinjuku was at this time (around 9 PM on Thursday night). 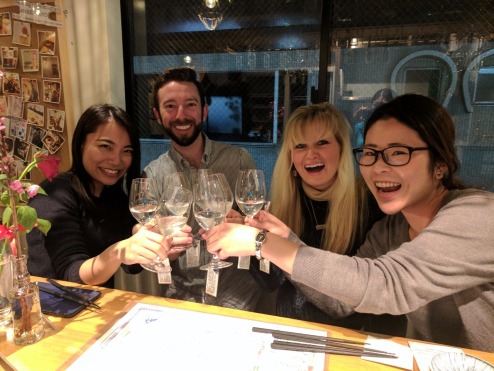 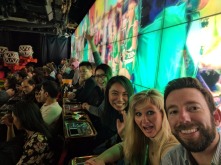 here we are looking totally wrecked at 2 AM in Shinjuku Golden Gai district, I may not remember much else but I do know that this was some tasty sesame udon. Of note, Kana and Aya were still going strong sipping sho chu at this izakaya – Japanese can DRINK 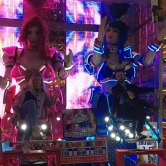 Robot Restaurant was a vivid experience starting right outside the door, there are bright lights, loud techno music and displays to draw attention to the building. Once inside there is more of the same – sensory overload. The show is an impressive, stimulating, shocking and confusing combination of scenes. There is no obvious plot but rather just over-the-top silliness and entertainment. Aya and Kana continually reminded us that this was not representative of their culture. Overall we had a hilariously wonderful time at Robot Restaurant and would recommend the experience to anyone passing through Tokyo, here is a promo video for Robot Restaurant just try to imagine an hour and a half of this silliness, it’s awesome.

After Robot Restaurant, we wanted to check out the Golden Gai district of Shinjuku, we’d read about the compact rows of small, old bars and wanted to experience this brand of night life. We were lucky to have Aya and Kana with us here because patrons and owners of these establishments spoke far less English and we likely wouldn’t have moved so easily through the scene without them. We started at a small karaoke bar only large enough to hold 8 or so patrons, which is how many were present at this time. Ryan serenaded everyone with some Michael Jackson and Backstreet Boys, then a goofy, blonde Japanese man rocked a crazy song that was all Japanese except for a few heartfelt, screamed phrases in English “I NEED YOUUUUU, I WANT YOUUUU, I LOVE YOUUU” it was awesome! After karaoke Ryan requested Japanese whiskey so we went to a second-floor whiskey bar where we all had Yamazaki on the rocks and met some famous Japanese rugby players. Next thing we know we ended up in a 4 seat bar owned by a transvestite singer who was apparently obsessed with Jack Daniels as it made up 70% of her liquor selection. We sipped highball Jack Daniels while she talked about herself in Japanese and then showed us videos of her singing performances from the 80s-90s, it was an experience. We now needed some food to soak up some of the alcohol, so we grabbed an udon bowl nearby then caught an Uber home at 3 AM. We woke up to an Instagram post Aya captioned “Crazy night in Shinjuku Golden Gai” which is a pretty good summary statement of the night’s events. 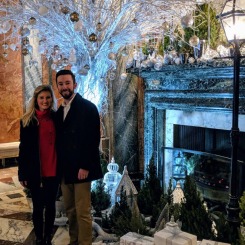 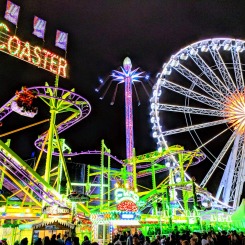 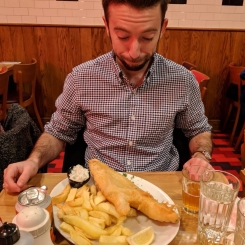 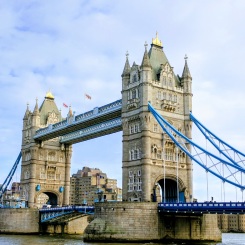 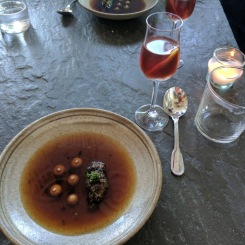 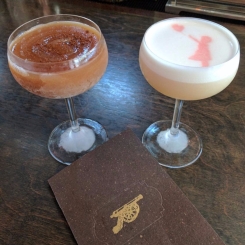 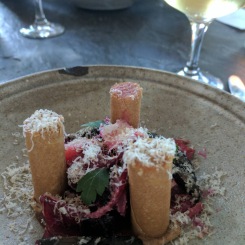 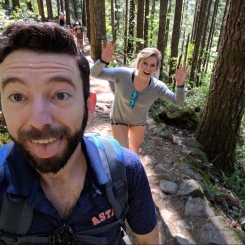 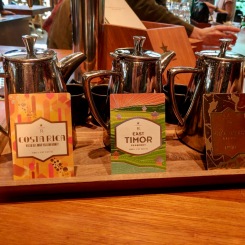 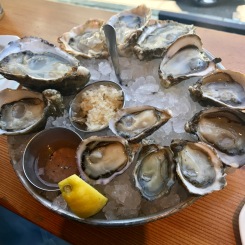 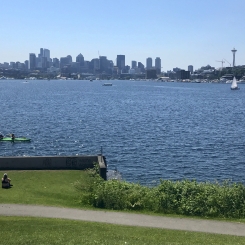 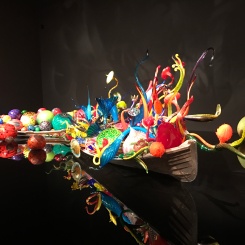 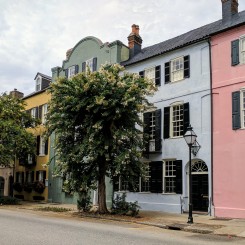 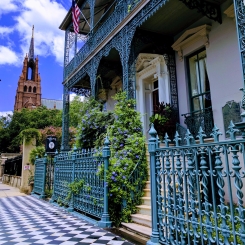 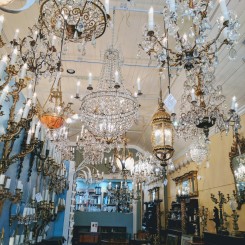 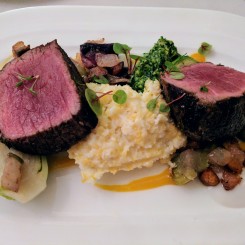 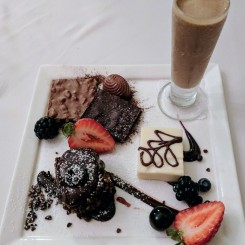